Why do people watch documentaries? What pleasures are available to viewers?

I watched a documentary about the life of monkeys in a natural park.It was really enjoyable because it was scripted even if it was real facts. They don’t just describe their actions but they explain it in a way of a story.

So every monkey have a name, we know which is the head, which are in the same family, which protect which, etc. If one slap the others they will explain that it’s because he’s the head of the monkey and he’s angry because another monkey didn’t respect him. It’s really interresting because this way we can learn a lot about the organization of the society of the monkey and about their everyday life.

Sometimes we have also great music when they don’t talk and at a moment we can see the “dream” of the oldest monkey which is the only one which was wild before. In the dream we can see amazing views of the forest that he’s from.

Moreover, the story is on about 40 years, so we have also sad moment like when a monkey died or enigma when a monkey is ill or when two monkeys are fighting together. So they always catch the attention of the public.

Yes, it can. Take all the caricatures that we can found in magazines and news papers, without using any word they can tell a story, so there is a narrative. For exemple, watch this caricature by Vadot which was published in a belgian magazine. 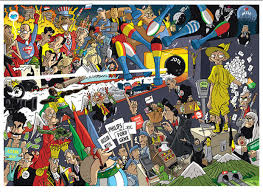 Even if the events are not told in the right order, this picture is telling all the important events of the year 2013 in Belgium. 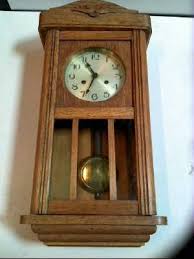